..white lines in movement symbolize a unifying idea which flows through the compartmented units of life bringing the consciousness of a larger relativity.
Mark Tobey on his painting ‘Threading Light’

… a long and enjoyable  process. 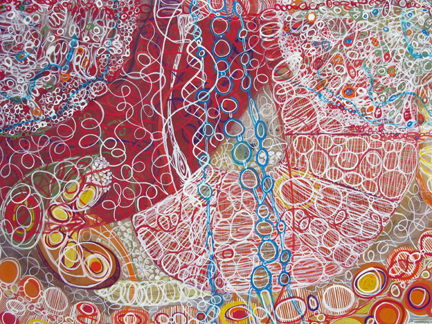 Above 3 images show details of the same area at varying stages.  Image below, shows another. Both are from the same composition which I’ll show in completion in an upcoming exhibit. 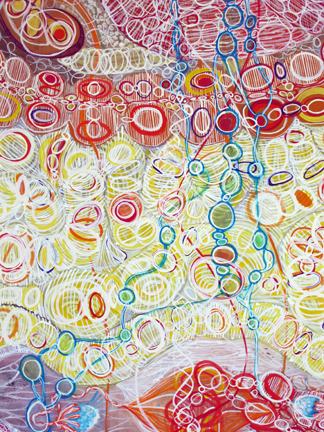 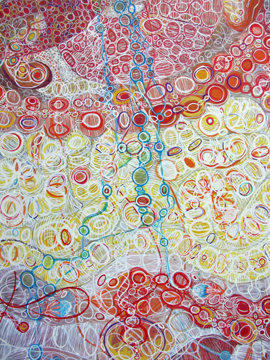 This work reminds me of a conversation I had with a scientist friend. Dave and I were talking one day and in the context of that conversation he announces everything is random.

How can you say it’s all random!

Fast forward months later:
I start with a plan to make a painting.  I have a structure in mind – the human body. I work in my usual manner, except a little more here and a little more there…

I couldn’t have known what I was going to do. If I had, then what would be the point.

The question … Is it all random? Is there rhyme and reason?  My answer just surfaced.