Campamocha is Spanish for Praying Mantis. I like the word. 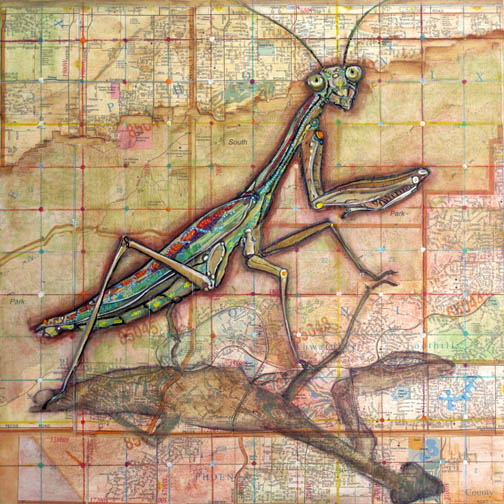 After researching this insect, I feel facts and symbolic connections are a bit out of synch. It may be that the symbolic associations are purely visual. I must say though it’s one odd-looking bug. It’s a cousin to the termite and maybe a prototype of the cockroach.

…. could this be why we found this one staring at us from a bottle of wine…. 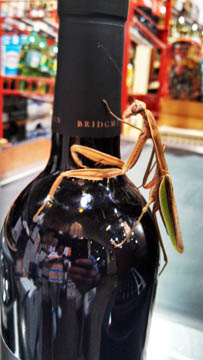 Since I began working on this insect series I have received emails that include photos of exotic bugs, names and web sites of artists who depict bugs and many interesting reads. I know many of your favorite bugs : cute and ugly. I’ve been visited by a number of insects whom I’m sure wish their presence known (la campamocha en la botella de vino). All the bugs I drew made some personal connect via a friend or were direct. I appreciate it all. If we could learn to respect the smallest of life it would certainly be a better thing all the way around.

The most recent link I received reminded me of the Insect People from the Navajo Creation Myth: Insects in Art and Religion of the American Southwest.