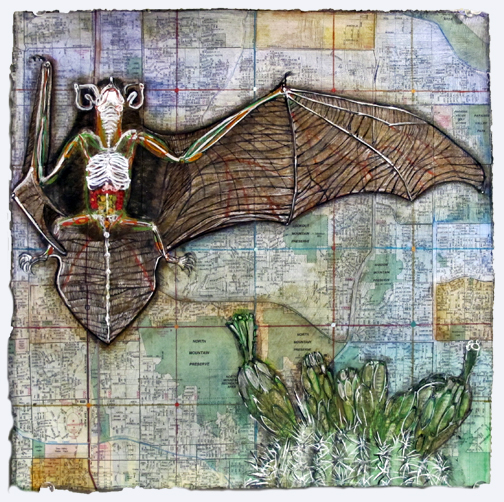 Approximately 70 species of bats live in the Sonoran desert region, about 27 of those species live right here in the state of Arizona, more than in any other state. I live near a bat colony and note them as they occasionally fly about the neighborhood.

About bats:
Bats are from the order of Chiroptera (meaning hand-wing), which describes their most unusual anatomical feature and the reason why it’s the only mammal naturally capable of true and sustained flight. In the course of working on this study I learn more about this magnificent nocturnal creature. 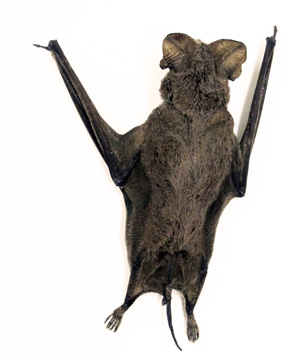 In the lower elevations of Arizona bats mate in late Spring, maybe as early as March.  In Northern Arizona bats can hibernate 5 to 8 months.

Bats are in serious decline. They are an important part of our ecosystem helping to keep populations of night-flying insects like mosquitos, in control. They disperse seeds and pollinate many plants. In the state of Arizona bats and bat colonies are protected by law.

Symbolism:
Because bats live in the belly of Mother Earth, they symbolize death and rebirth. They are  reborn every evening at dusk. The Native Americans observed them as highly social creatures with strong familial ties. While the bat is nurturing, verbal, enjoys touch, it is also shy, intelligent and gentle.

©MONICA AISSA MARTINEZ, ARTIST LIVING AND WORKING IN PHOENIX, 2022 No part of this site (image or text) may be copied or reproduced without permission of the artist.